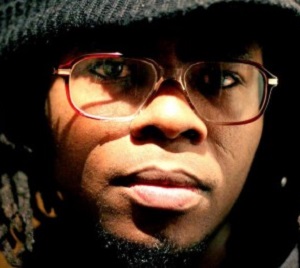 Since 1998, the Berlin-based artist Diamantino Feijo Diamondog has been known as a major player in the European and Brazilian conscious rap and hip-hop scene. The Angola born (1980) journalist and documentary filmmaker studied Visual and Media Anthropology. Diamondog spent many years in Brazil, to where he returns frequently still, musically as well. Diamondog concerts are a worldwide journey between hip-hop, reggae and traditional influences of African and Latin American music. He collaborated on concerts in Spain, Portugal, Germany, Poland and Brazil, with artists such as Afrika Bambaataa, Marcelo D2 and DJ Primo, among others during the Pop Rock Festival 2004 in Brazil. His live band enriches his repertoire to include elements ranging from jazz all the way to global sound. Diamondog raps in Portuguese, English and Spanish.
http://en.wikipedia.org/wiki/Diamondog
#I See the Light#

----Against situations ---/ fucked up/
With demos in the street/ posters in the street/
No matter whats will come up fuck the police/
Democracy is based on the freedom of speech/
And I speak that/ to maintain the peace we have to switch/
the power/
The press/
The political interest/
and the inequality /---cause the colonialism---/ ---belong to the past/ (delay)
I say I see the light --at the end-- of the tunnel/
And I believe that we can ---survive--- out of -- this Babylon-/
And my fight against the political babel
Will continuous show you the truth ----and everything that is wrong/ (delay)
chorus:
Those who kill my people with Hunger
remove them
Those who kill my people with corruption
remove them
Those who kill my people with Guns

There is no water, sanitation and asphalt/
no illumination to prevent robbery and assault/
No good schools, Sport court/
No hospital ambulence and public transport/
The live Is hard and we grow up like fucking soldiers/
Seeing a lot of shit when we were teenagers/
Anyway I still love the place and the my people out there/
But I hate those who should provide good conditions and the well fair/