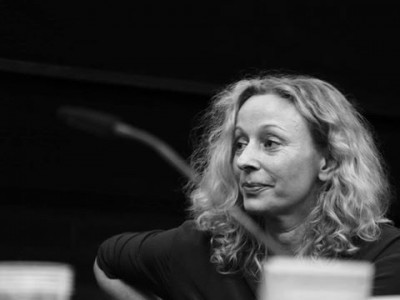 Birgit Kreipe, born in 1964 in Hildesheim, Lower Saxony, comes from an old family of farmers. She chose another path and withdrew into her room to read. After graduating from secondary school she worked as a bookseller and studied psychology and modern German literature in Marbug, Vienna and Göttingen. In addition to her career as a psychologist she wrote prose, then took to poetry as her actual profession. Since 2004 she has been working in a children and youth center in Berlin. She has published poems in magazines and newspapers such as the FAZ, in journals like Lichtungen and Ostragehege, in Jahrbuch der Lyrik and in Ron Winkler’s Anthologies Die Schönheit ein deutliches Rauschen (2010) as well as Schneegedichte (2011). Her first volume of poems schönheitsfarm was published in 2012. Birgit Kreipe was invited to the Time Art Festival and Berlin Poetry Festival. Her poems have been awarded the 2014 "Irseer Pegasus" and the Munich Poetry Prize. She is currently working on her second book of poetry.