After spending the morning selecting fresh beats by various DJs from across the world as well as choosing partners with whom the artists would co-create new works, the group set off for Dandora. 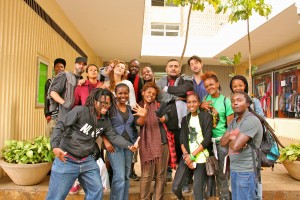 With a jam-packed programme at Maono Cultural Group (including talks on entrepreneurship, testimonials on how Hip Hop transformed people’s lives and a taste of ‘Maono cypher’), SPOKEN WOR:L:DS organizer MC Kah and team led the group on a tour of Dandora. 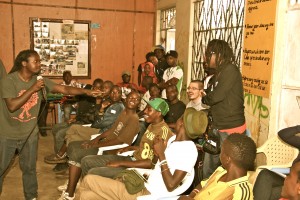 On a rooftop with an astounding view of the informal settlement and its surroundings, the troupe broke into a spontaneous cypher with locals showcasing their skills too.

Returning to the centre, the group was treated to a break-dance dance performance by the Maono Titans. The visit ended with a tour of the centre’s recording studio. 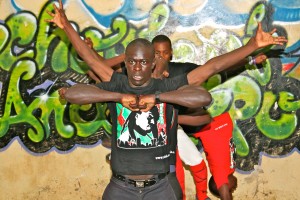